a careful look at Jaguar of old and new, but why not let me take your for a test drive to decide for yourself? 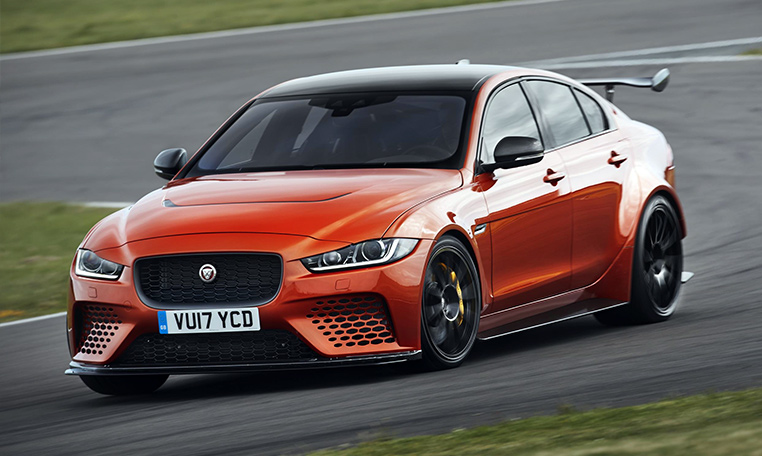 Hello all and welcome back for my second blog post, I had some good feedback on the last one so decided to jump right back in with another one. Please like the page if you want to stay up to date.
So one thing that we still have people saying to us is “The Jag looks great but aren’t they an old man’s car?” There have been a lot of brands over the years that really have catered to the older generation, Mercedes and Volvo to name a couple but look at where they are now. The Mercedes brand has become the car to have for the younger generation next to Audi & Volkswagen. Why is this?
Well, it basically comes down to two things, the first is the brand has been redefined and brought massively up to date, the other is clever marketing that leads us to believe that a Mercedes is the must have fashion accessory as well as a great car. Now the great car part is true, we sell more Mercedes than any other brand and I personally love them, my wife has one, it’s her second one and she has already asked me (told me!) that she’s having another one next and I can see why.
The fashion accessory part is personal opinion but also heavily suggested by their advertising. Volvo on the other hand are in a similar boat to Jaguar at the moment, they have had a complete overhaul but unfortunately not yet got over their stigma of being more focused on safety than being exciting and cool. This is something that I think will take a little bit longer with Volvo but will definitely happen at some point as you can’t deny the new XC60 and XC90 are stunning looking cars with great engine and chassis’ but still maintain their roots as the safest cars out there.
So getting back to Jaguar, they were bought out from Ford along with Land Rover in 2008 by an Indian company called Tata Motors. In 2013 Tata officially merged both companies to become Jaguar Land Rover Automotive PLC. It was around this time the new shape cars were coming out and there was a very big difference between the new and old. Look at the old Range Rover Sport vs the new shape as a prime example. Tata gave JLR all new engines, interiors, new body’s with aluminium panels, new technology and all new interiors, the new cars were a different species altogether sharing merely more than a badge with their predecessors.
The new Jaguars are not the cars you think of when someone says Jag, the old X Types were awful and the S type was so ugly every time you’d park one up you get a fine for littering. The new shape Jaguars however are beautiful, the XE is a true rival for BMW’s 3 Series and Audi’s A4, the XF (my personal favourite) is a large family saloon with a brilliant range of engine, the best suspension I have ever experienced and an interior with more style than most of the competition.
We now have the SUV’s, the E-Pace, F-Pace and the new all electric i-Pace which I test drove and reviewed last week. All 3 are brand new cars and in my honest opinion are in the top 3 of everything out there now. These cars alone are enough to put Jaguar firmly back on the map but then we also have the F Type Coupe and Roadster, whilst I admit I have yet to drive the F Type myself I am of the opinion that how can it be bad when it looks like that!!!
Moving on a little bit, do you know which car holds the fastest lap time around the Nurburgring in the road legal saloon category? No?
It’s the Jaguar XE Project 8 (pictured above) with a time of 7 minutes 21.2 seconds, it also holds the same title at Laguna Seca, not bad considering it’s up again BMW, Mercedes, Audi, VW, Lexus & Alfa Romeo which came in 2nd with the blisteringly quick Giulia Quadrifoglio. I think we can all agree these manufacturers make some serious weapons.
To wrap this up my opinion of the current Jaguar range is, if you know, you know!
Don’t believe me? Call me to arrange a test drive for yourself and let me know your thoughts.
I’ll leave you all with the video below and see if it changes your mind!
Jaguar Project 8, or you can always head over to the new cars page to check our XF R-Sport!
Thanks for reading, please let me know your thoughts on inbox or in the comments.
Regards
Chris