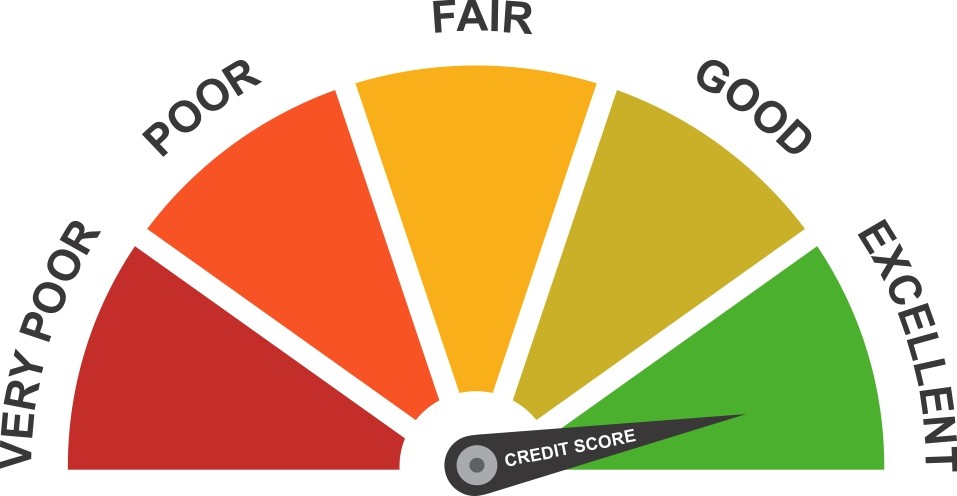 How much will my credit rating go up/down is a very common question and one that is often tricky to answer. But here are some guideline numbers from Experian that may help.

These are only indications – your credit score may not go up or down by this much. They assume nothing else has changed on your record. They also apply to single issues. If you have two defaults already, getting a third won’t be as bad … and if one of your three defaults then drops off, your score won’t improve as much as if it was the only one.

If your main concern is wanting to get credit at a good interest rate, what matters is how each lender will assess your credit history. They don’t actually use the calculated credit scores! Some lenders mind a lot about things which don’t make a difference to your credit score. So I’ve added some notes about how lenders tend to think about these situations.

How credit utilisation affects your score

The size of the limit itself also affects your score, but not by as much:

Is it the utilisation for each card or overall that matters?

It’s both! So getting the utilisation for one card below 90% – or even down to zero – won’t have major effect on your credit score if you have large balances and over 90% utilisation on your other cards.

What do lenders think about credit utilisation?

Most lenders don’t like you to have maxed out your credit cards, it suggests that you are struggling, so why would they want to lend you more? Do some lenders prefer you to have a balance, not clear your card each month? That may be an urban myth…

Lenders usually have an extra piece of information here that doesn’t show on your credit record – your income, because you will typically have been asked for this on your application. If you have one credit card with a low limit and you are using most of it but your income is high, you can probably get car finance at a good price. But if you have borrowed a lot compared to your income you are going to struggle to get offered more credit at a good rate.

The effect of missed payments, defaults and CCJs

It doesn’t matter how large the size of the problem debt is. A £25 mobile bill has the same effect as not being able to make the repayments on a loan of ten thousand pounds.

These problems are seen as less serious if they are older. Once a default is more than two years old, the negative effect falls to 250 points, then when it is over 4 years old it drops a bit more to 200 points.

These hits to your credit rating aren’t reduced when you start to pay the debt, or even when it has been fully repaid… see below.

What do lenders think about defaults?

Lenders vary a lot in their attitude towards defaults:

What about Equifax and TransUnion?

This article has been all about Experian’s credit score calculations.

Equifax and TransUnion (the new name for Call Credit, often referred to be the name of their free report, Noddle)  are the other two major credit reference agencies in Britain. They have broadly the same approach as Experian.

So a 500 score on Experian is poor but it’s good on Equifax. And a change to your score for any particular factor is going to be smaller on Equifax and TransUnion than Experian.

If you think this is bonkers, I agree…

If you are wondering which is the “best” score, read Experian or Equifax – which is better?.