Audi’s RS3 super hot hatch has been updated with a sophisticated new Quattro four-wheel-drive system, increased performance, and even a drift mode.

Audi RS3 2022 revealed
Specifications and pricing in the United Kingdom
The 2.5-litre five-cylinder engine is retained.
0-60mph in 3.8 seconds with 400 horsepower and 500Nm of torque
The top speed is 180 mph. optional
Drift mode on the RS Torque Splitter
From £50,900 for a hatchback
From £51,900 for a saloon
The all-new Audi RS3 – the German brand’s latest five-cylinder hot hatch — is now available for purchase. 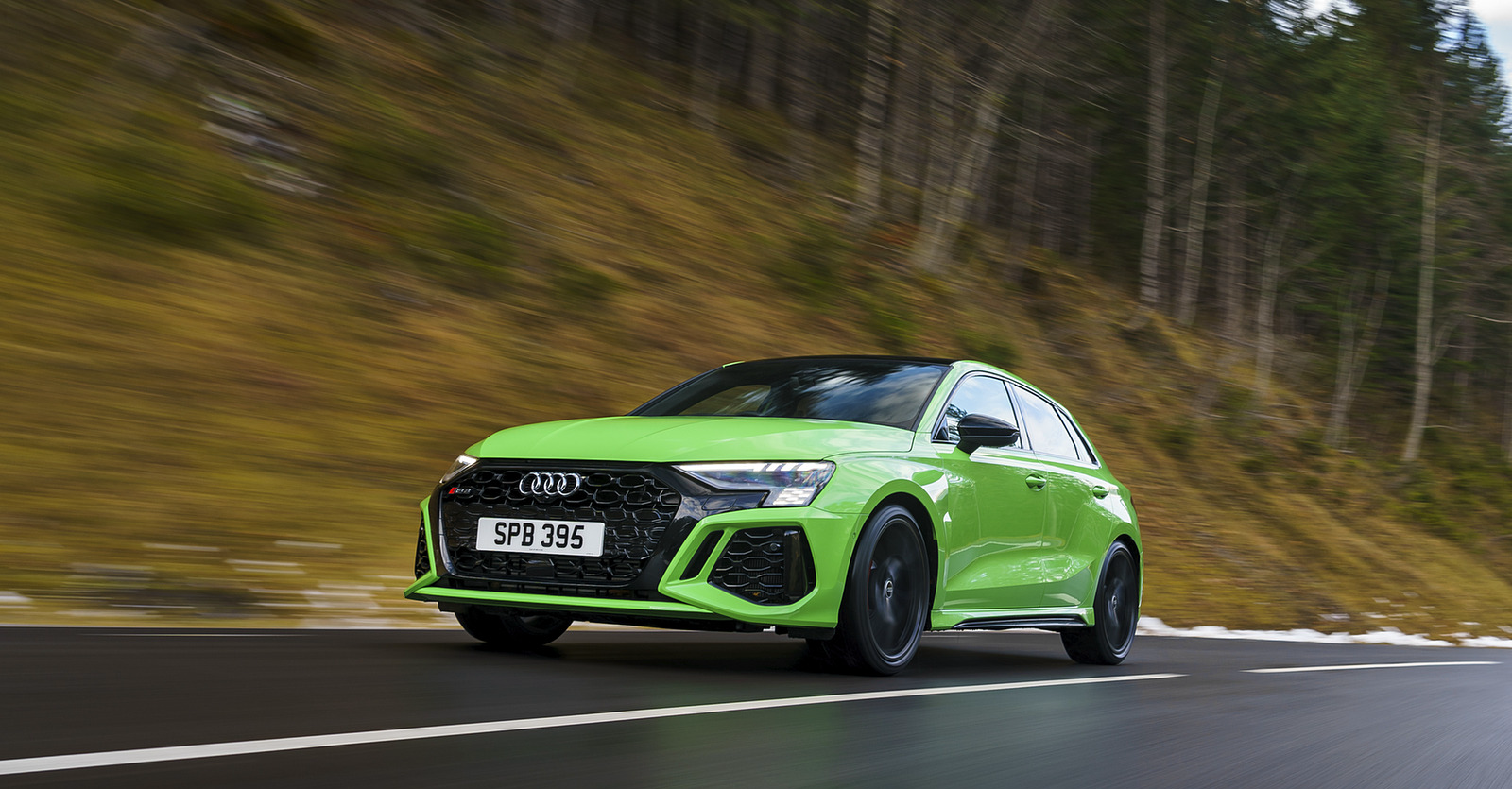 This Mercedes-AMG A45 and Volkswagen Golf R rival retains its signature five-cylinder engine, but with a little more power and some ingenious new torque splitting technology to aid cornering.

Audi RS3 pricing and release date in 2022
You can order your new Audi RS3 right now, with the first deliveries expected in November.

The new RS3 will be available in a limited-edition ‘Launch Edition’ model starting at £56,900 for the Sportback hatchback and £57,900 for the four-door saloon. 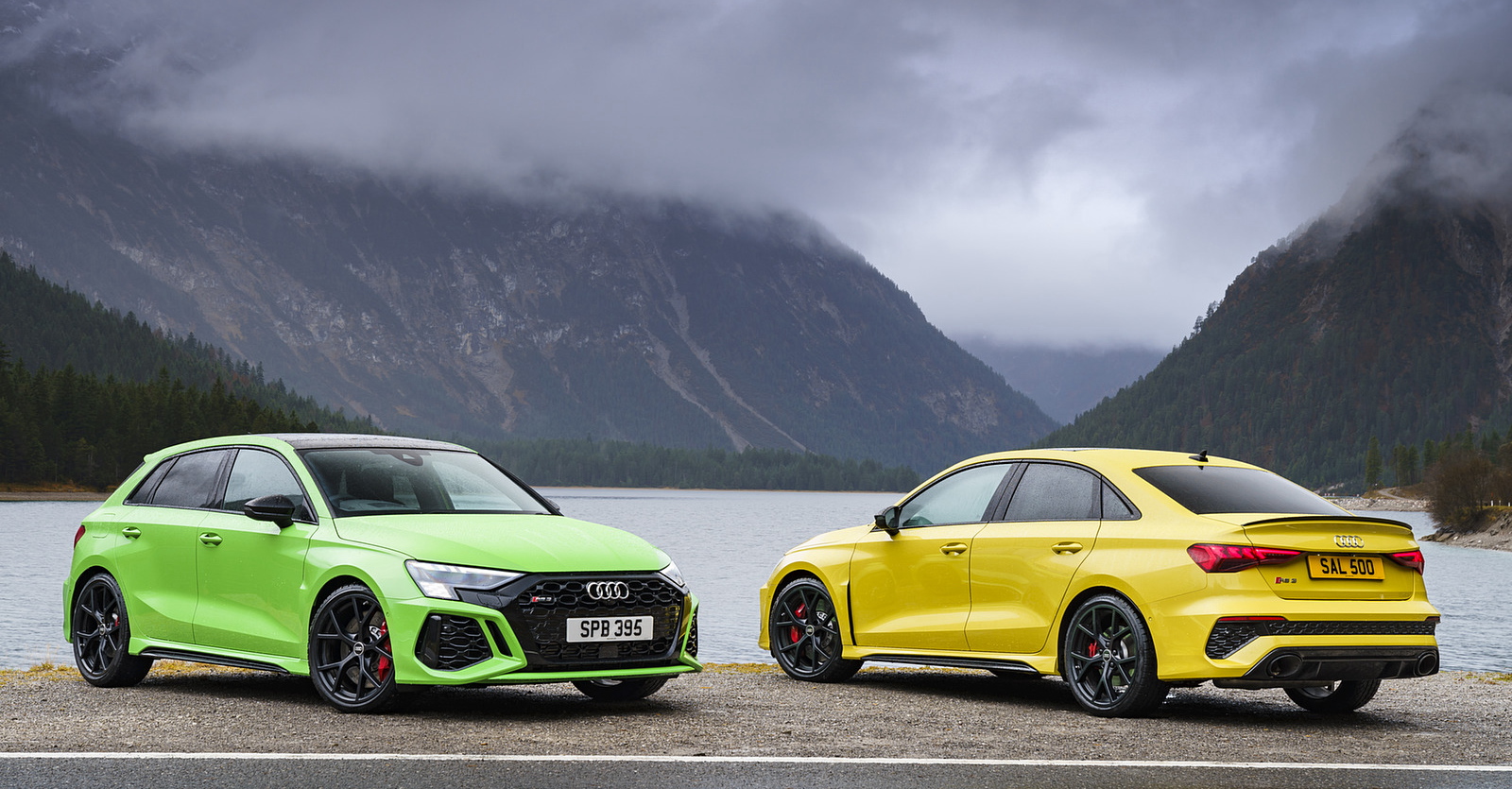 19-inch alloy wheels, heated front seats with the RS logo embossed into the Nappa leather upholstery, dual-zone climate control, cruise control, the 12.3-inch ‘Virtual Cockpit’ digital instruments with all those RS-specific displays and tricks, a 10.1-inch MMI Navigation plus infotainment system in the centre of the cabin, and that trick RS Torque splitter diff setup will all be standard equipment. 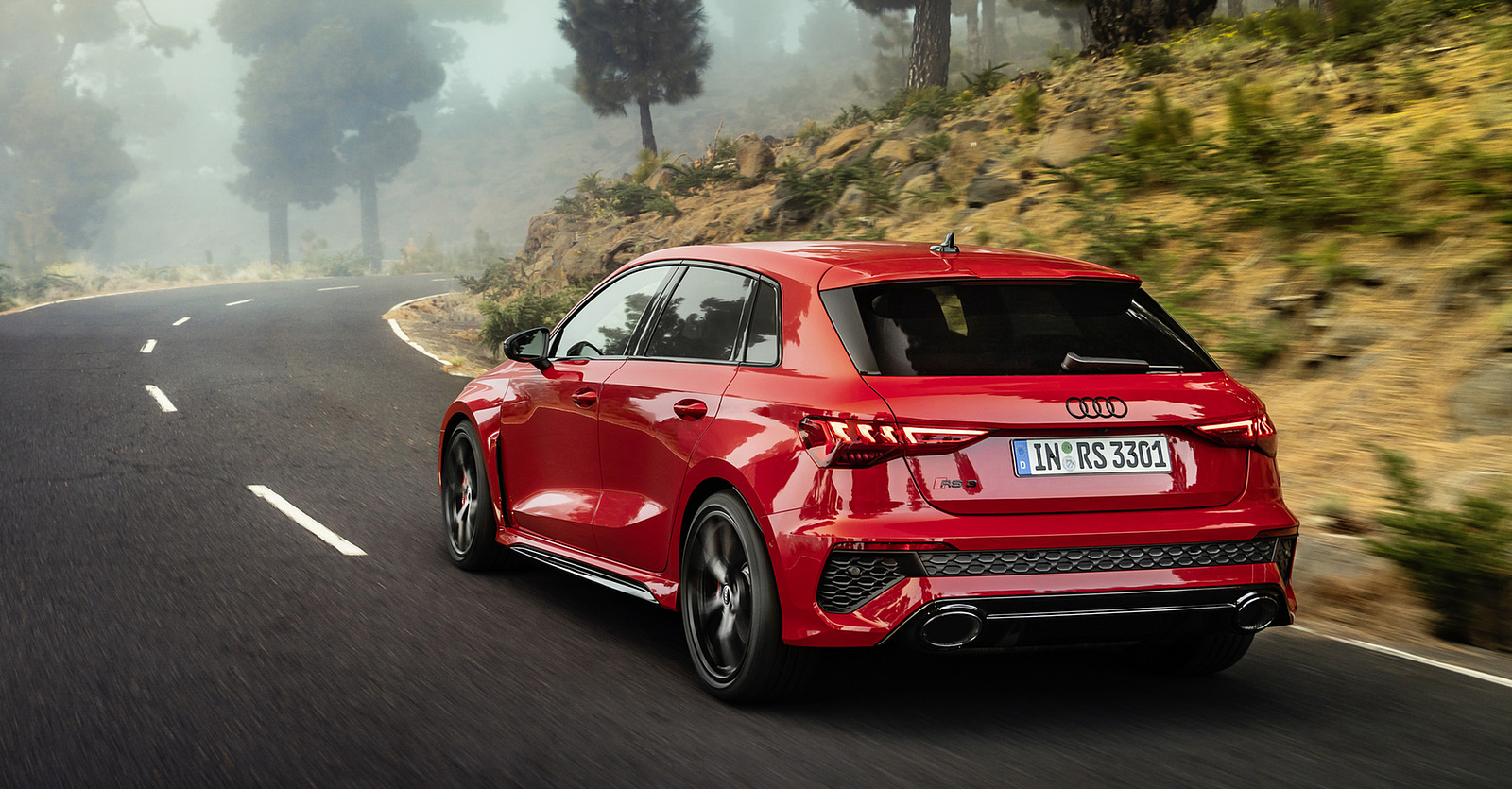 On top of that, the Vorsprung variant adds black 19-inch alloy wheels with graphic print, an electric bootlid, and a 360-degree camera, while the Launch Edition RS3s get a “Driver Assistance pack,” adaptive suspension with Drive Select, and Audi’s “Comfort & Sound” package. A glass panoramic roof, heads-up display, motorised front seats, Audi’s ‘Phonebox’ (which incorporates a wireless phone charger and signal booster), sports exhaust, red brake callipers, and a gloss black finish to numerous interior and exterior parts are also included. The top speed has also been increased to 174MPH.

Carbon Black and Vorsprung models will also have the option of an ‘RS Dynamic’ pack which boosts the top speed to a maximum 180mph, as well as fitting the adaptive suspension, RS ceramic brakes, grey-coloured brake callipers, and a sports exhaust.

Here’s the part everyone is interested in, The 2022 Audi RS3 engine 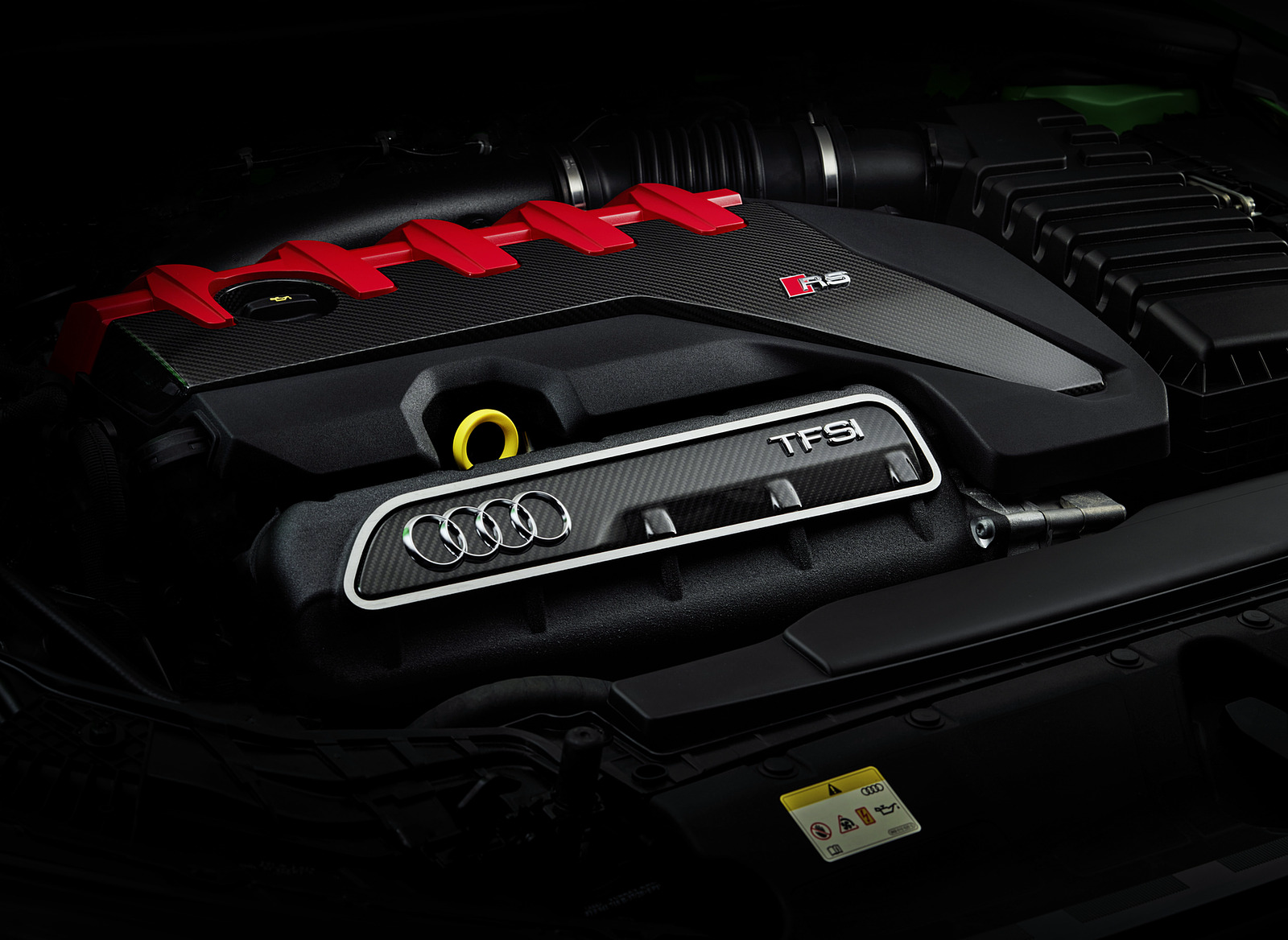 The classic Audi RS3’s 2.5-litre turbocharged five-cylinder engine remains preserved, with 400hp on tap. However, torque has increased from 480Nm to 500Nm, making it more available across the rpm range.

A seven-speed dual-clutch automatic transmission distributes power to all four wheels. As a result, the new Audi RS3 accelerates from zero to sixty miles per hour in 3.8 seconds, a whole second faster than the S3 and 0.1 seconds faster than the Mercedes-AMG A45 S.

The Audi RS3 is limited to 155mph out of the box, but the extra RS Dynamic package boosts that to 180mph – Absolutely bonkers on the road!

We are now taking orders on these, if you think you can handle up to 180MPH in a small family car , get in touch and we’ll get you sorted.